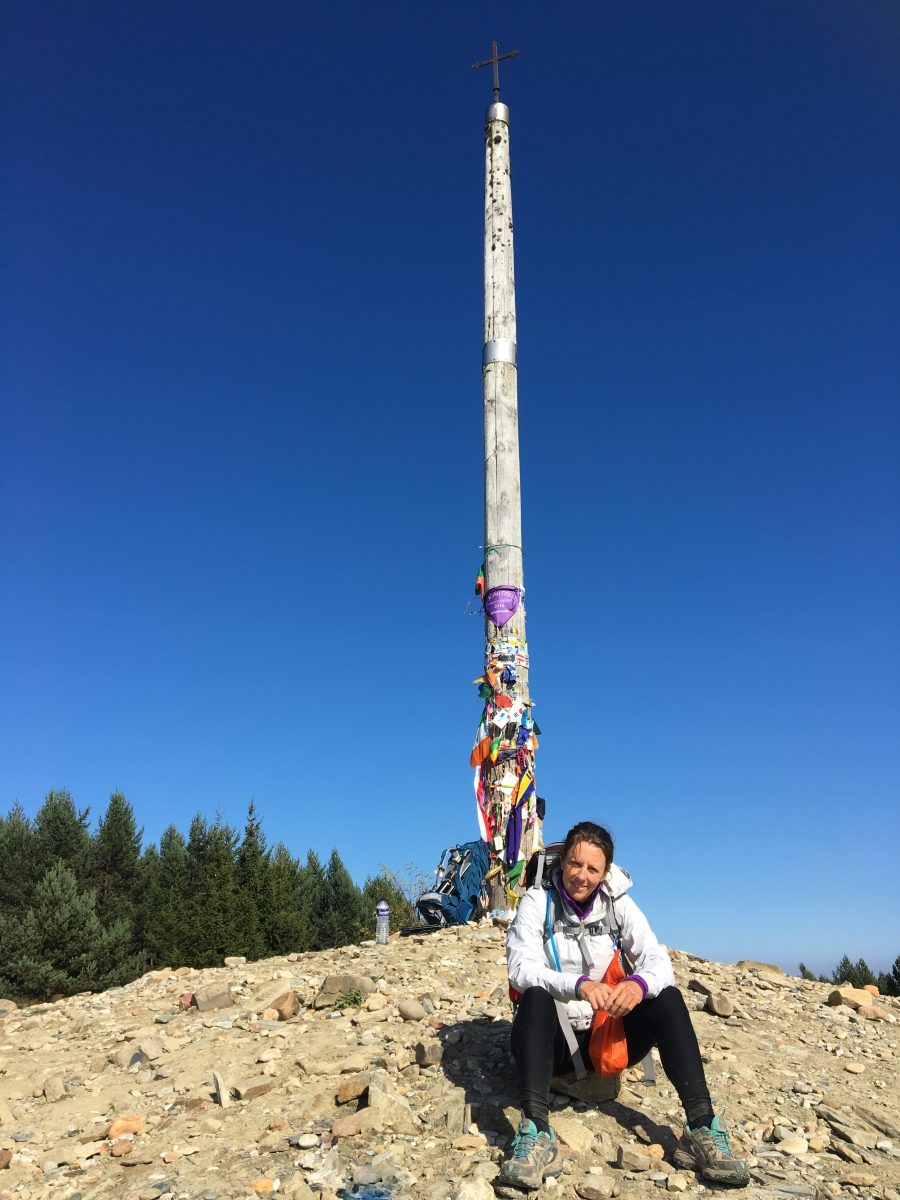 One of the most Iconic stops on Camino de Santiago

The famous mound of stones

Stretching some 15 metres across and 8 metres high. With an oak pole in the centre and an iron cross embedded on top (a replica of the original housed in the Museo de Los Caminos in Astorga). Believed to have been placed there in the 11th century by Gaucelmo.

As with many legends along Camino predating Christianity, there are several stories surrounding Cruz de Ferro. It is told that it was a place of ritual for the ancient Celts who originally inhabited the land before the birth of Christ. Evidence today suggests the Romans may also have used the site as an Alter to Mercury the god of travel.

Today Pilgrims from all over the world despite their beliefs, culture, or reasons for being on the Camino follow the current ritual. Carrying from home or collecting along the way a stone or trinket for themselves or a loved one; symbolically representing any physical, spiritual, or emotional baggage they no longer wish to carry in their lives.

As you approach Cruz de Ferro the energy is palpable, a hush falls over the site. Pilgrims stop, reflect, then drop or throw whatever it is they are walking away from then continue on “The Way”.

On my first Camino

When I personally arrived at the site I had no idea of where I was. I had done no research and knew nothing of the history or what to expect. I intentionally wanted to walk Camino with no set ideas and simply trust my intuition.

Climbing the mound of rocks amongst the messages and symbolic items I found myself overcome by emotion. It was as though I felt the hopes, dreams, pain, and suffering of a collective of human beings from every corner of the planet. I felt connected to everyone and everything.

I  have no answers or words for what happened that day, however, I sat alone on the pile of rocks and cried a small river of tears, unwittingly emptying some weight from my own lifelong baggage.

A scene from the movie “The Way” arriving at Cruz de Ferro. Enjoy!